Why you Need to Delete TikTok instantly 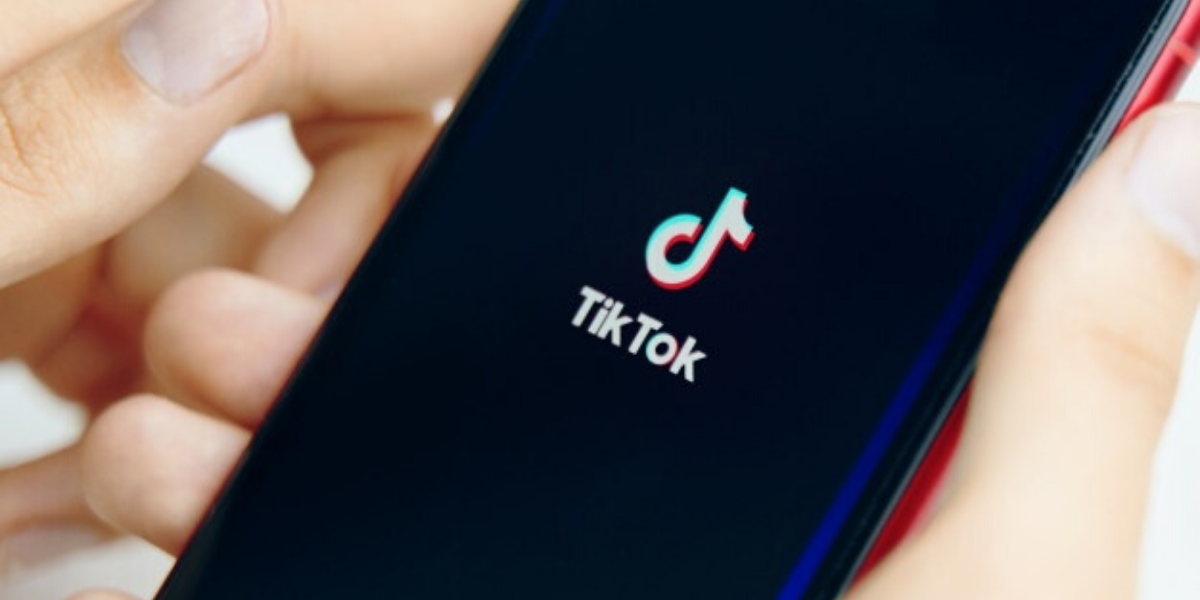 TikTok users are being urged to delete the app instantly after it was exposed the platform is collecting their personal data. Another warning for TikTok users had been made this week. Though you may think that these claims of being a ‘Chinese spy’ app were no longer new to TikTok, here’s where it gets interesting.

The blockbuster Chinese app, popular among teens for uploading and sharing short videos. Now it’s nothing more than a data collection service.

Why the Pentagon is worried about TikTok?

The Pentagon recently released guidance to all service members advising that they should delete the popular social media application TikTok from their smartphones. And a number of military branches have heeded the call by mandating its deletion on all issued digital devices. Some commands are even going further, encouraging troops to delete the application from their personal devices as well.

Many of the concerns the Defense Department has about the social media application all pertain to the app’s Chinese ownership. And fears that the program could be used to gather intelligence on American personnel. These fears were first addressed by Sen. Marco Rubio and R-Florida. Who requested that the Treasury Department look into the national security implications of TikTok’s data storage practices in relation to Chinese laws mandating ready access to all data stored within the nation’s servers. In effect, Chinese law states that the government can access any and all information that flows through Chinese servers. Without giving notice to service providers, companies, or end-users. In the event TikTok data travel through Chinese servers, that means the Chinese government can access any and all data collected from its user’s smartphones. Without the need for a warrant or any form of notification.

They provide users with a taste of ‘virality’ to entice them to stay on the platform. Your first TikTok post will likely garner quite a bit of like, regardless of how good it is. Assuming you get past the initial moderation queue if that’s still a thing. Most users end up chasing the dragon,” said on the post.

To make things worse, according to the post, TikTok’s logging data is remotely configurable. Unless you reverse every single one of their native libraries and manually inspect every single obfuscated function.

All the CPU type, memory usage, disk space, and hardware ids were allegedly being saved on TikTok once users install the app. 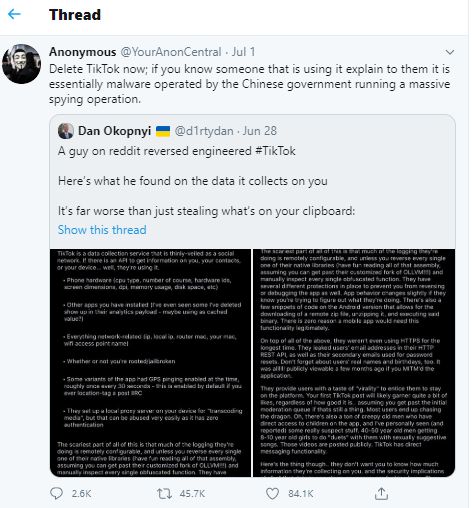 They called the app a ‘Chinese malware’ allegedly being used by the Chinese government to run a massive spying organization, using the info they get from the app.

If you’re an active duty service member, you should delete the application from any government-issued digital devices immediately, though you’re still not barred from keeping the application on your personal mobile device. However, just because you can keep TikTok on your smartphone doesn’t necessarily mean that you should. TikTok is one of the multiple avenues the Chinese government can use to manage public narratives and disseminate propaganda. In short, it’s best just to delete the app.