Microsoft closed its Mixer service on July 22nd and plans to move existing partners over to Facebook Gaming. The surprise announcement means Mixer partners and streamers will be transitioned to Facebook Gaming starting today, and Microsoft will no longer operate Mixer as a service in a month’s time. 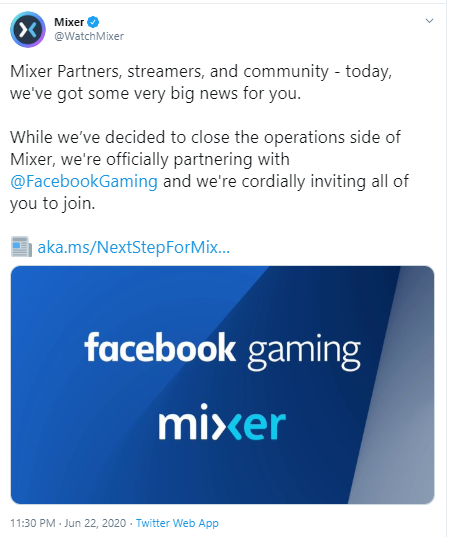 The mixer was Microsoft’s attempt to enter the booming video game streaming market. The company acquired the platform in 2016 less than a year after it first launched. Microsoft already is a major player in the video game industry with; PC gaming and Xbox. It seemed like a game live streaming service would be an obvious match.

What makes Microsoft’s decision to shut down Mixer

A little shocking is that the platform actually made news less than a year ago for signing Twitch’s most popular live streamers to an exclusivity deal. 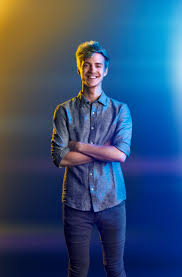 One of the biggest gaming headlines from last summer was that Microsoft signed Ninja, Twitch’s biggest star and one of the few mainstream Esports personalities.

Microsoft was clearly attempting to build Mixer up to be a serious live streaming contender. With its upcoming xCloud game streaming service, a sister-video live streaming platform really did make sense. In fact, the xCloud launch is likely one of the reasons Microsoft didn’t just pull the plug outright. 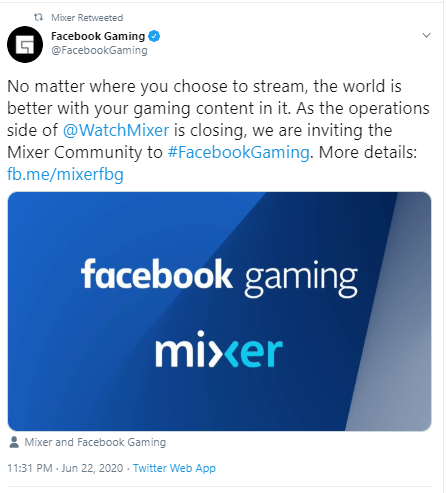 When Mixer shuts down in July, the site and its apps will redirect to Facebook Gaming. Mixer Partners will be given partnership status with Facebook’s streaming platform and be granted monetization capabilities if they previously qualified with Mixer.

We’ve seen Microsoft give up on services in the past like Groove Music and Partner with Spotify, but that partnership wasn’t exactly super close or meaningful to end-users. Spencer sees this as the beginning of opportunities around gaming for Microsoft and Facebook. “The teams are physically actually close to each other, we’ve been to each other’s offices,” says Spencer. “You’ll see us continuing to grow this relationship. This will be the beginning of us seeing future opportunities together. I think we have a lot of alignment between the organizations in areas where the industry is going and how we can help each other.”