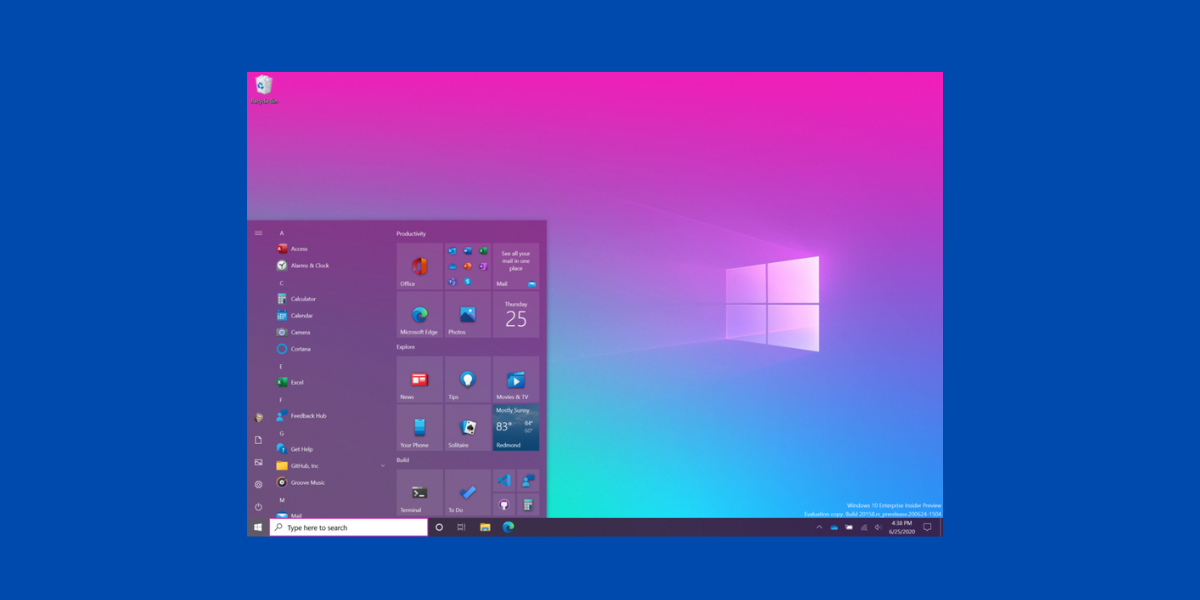 Microsoft is beta testing an improved Start Menu in Windows 10. Which features a more streamlined design that better fits with the rest of the operating system.

Microsoft has announced that it is rolling out a handful of Windows 10 upgrades to a small number of testers. The company first hinted at the refreshed design earlier this year, and it’s arriving for Windows 10 testers today.

The new menu features a more subdued design. The panels have lost their solid-color backgrounds and are now partially transparent. This visually de-emphasizes the panels and makes quick scanning a little easier.

This new design comes by way of removing the solid-color backplates behind the logos in the app list of the Start Menu. Things are now instead partially transparent, creating a more clean look that matches Microsoft’s new iconography in Windows 10. The new Start Menu look also comes in both a dark and light theme, but it is more noticeable with the light theme, as seen above.

“This design creates a beautiful stage for your apps, especially the Fluent Design icons for Office and Microsoft Edge, as well as the redesigned icons for built-in apps,” said Microsoft

Another feature being tested is an updated Alt-Tab function, which not only calls up active Microsoft Edge tabs (as Alt-Tab currently does) but all current tabs, as seen below.

A Microsoft explained in a recent post, If you’d prefer fewer tabs or the classic Alt + TAB experience, we’ve added some settings for you under Settings > System > Multitasking. You can configure Alt + Tab to only show your last three or five tabs or choose to turn this feature off completely.

Beginning with today’s build, all tabs open in Microsoft edge will start appearing in alt-tab, not just the active one in each browser’s window