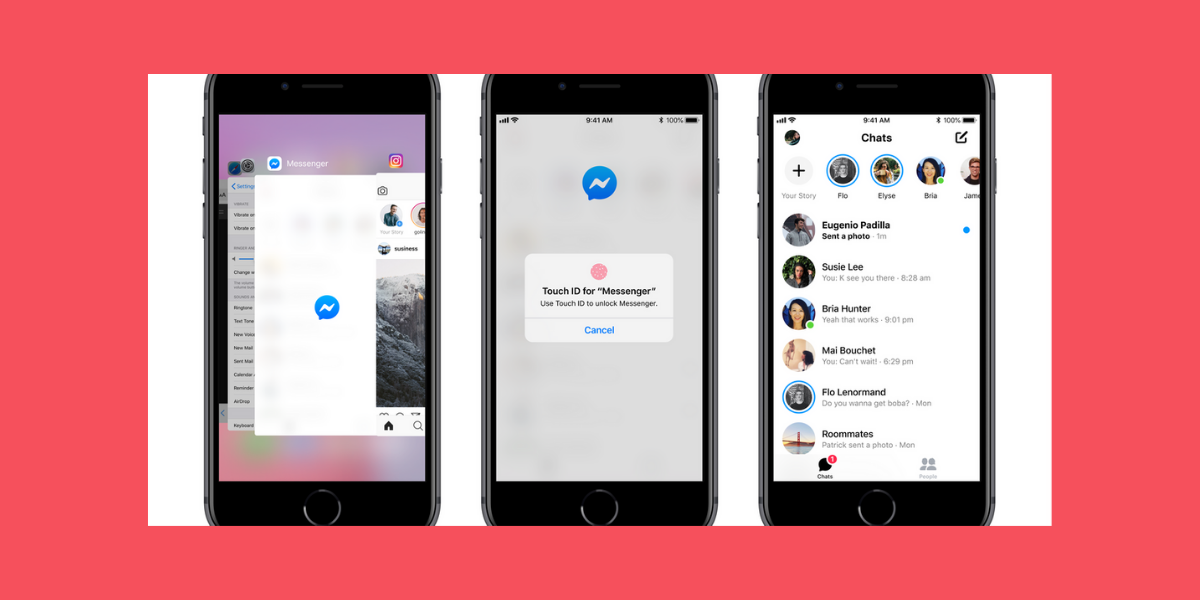 Facebook’s Messenger app, a widely used platform for communication. During the coronavirus lockdowns, the usage of the Messenger app has further increased, and more users are using the app to share words with their loved ones. While people love this app, they also demand enhanced security and privacy. To make users’ wish come true, Facebook is testing new lock options for the Messenger app on iOS. You will soon be able to unlock your Facebook Messenger app via touch ID and face ID.

He shared screenshots on Twitter that the social media platform is now rolling out touch ID and Face ID lock options for the iOS version of the Messenger app. However, it is expected that Android users will soon be able to use the new features. 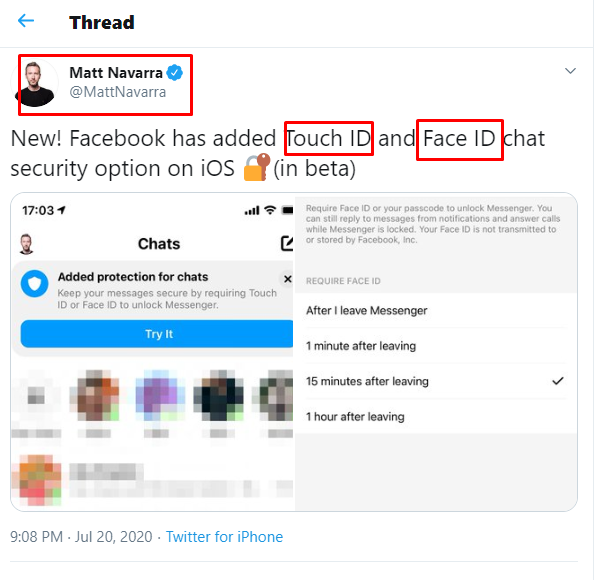 Social media advisor Jeff Higgins also shared this video of the process in action on opening the app.

How to activate new features?

To activate the new feature, head to the all-new Privacy section in Messenger, toggle App Lock to “on,” then do the same for whatever biometric option is available on your device and stipulate when you would like App Lock to activate — after leaving Messenger or after one minute, 15 minutes, or an hour. 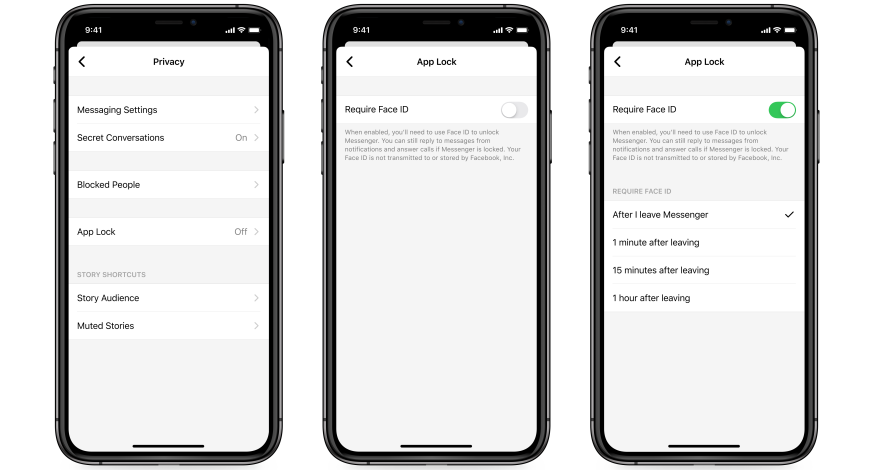 The addition is in line with Facebook’s gradual shift towards improving messaging security. Which includes its plan to eventually enable end-to-end encryption as the default setting for all messages. That plan has come under intense scrutiny by several government agencies. Who believes that a move to full encryption will facilitate increased criminal activity in Facebook’s apps. Already, various authorities have raised concerns about encryption in WhatsApp.

Now to see if it enables the same in WhatsApp and Instagram. Eventually, Facebook plans to merge the messaging functionality of the three apps, which also means that any functionality added to one is likely on its way for the others. It doesn’t seem to make much sense that they would add additional security for Messenger if the other two are not protected, so it won’t be any surprise to see Facebook launch the same for each app in due course.

Facebook told Engadget that it also plans to port the same option to Android in the near future.